My favourites are some of the photographs, like this one of Brown asleep: 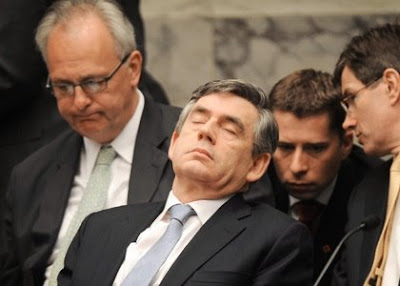 Or this one of him on fire: 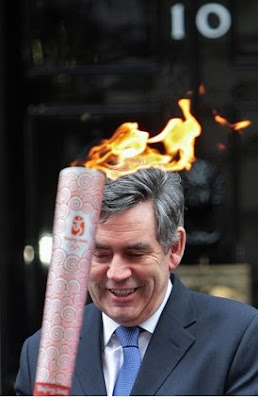 Or having had a make-up malfunction: 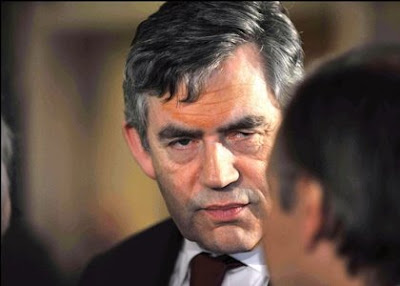 Apparently there is someone now employed at No.10 whose entire job revolves around preventing such images. Given Brown's legendary temper they must be a master of tact.
Posted by Steve Horgan at 11:13:00 pm